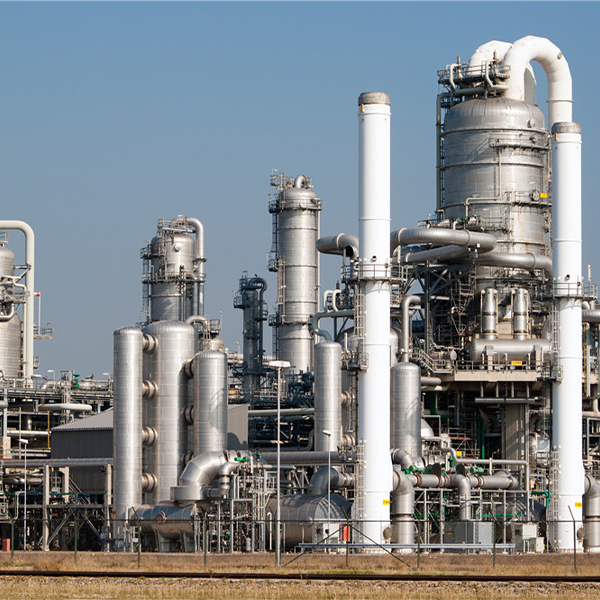 Water and ethanol form an azeotrope that limits how much water can be extracted by conventional distillation.


Send email to us

1.Ethanol drying with molecular sieves
Water and ethanol form an azeotrope that limits how much water can be extracted by conventional distillation.
The Vogelbusch molecular sieve system allows the dehydration of ethanol past 95 % purity. It removes water from the ethanol/water vapor mixture that exits the rectification column to gain a dehydrated product. The dryness of this product can be tailored to meet specifications - anywhere from bioethanol with a water content of 0.5 % to super dry ethanol for pharmaceutical or industrial applications with a water content of 0.01 % or less.
Design options
Depending on the condition of hydrous ethanol feedstock and the presence of an alcohol distillation plant, there are two different design options for the dehydration unit: integrated or stand-alone.

2.Integrated drying units for vaporous feed
Are linked to a distillation and receive hydrous ethanol vapors directly from the rectification column. The regeneration, or purge, stream is returned to the distillation for recovery of ethanol.
The greatest advantage of the integrated system is a considerable reduction in energy consumption when compared to uncoupled systems. The energy-efficient heat integration of dehydration with distillation/rectification/evaporation - a proprietary system introduced by Vogelbusch - also minimizes capital costs.
Feed requires a minimum pressure of 0.5 barg.

Stand-alone drying units for liquid feed
are used for hydrous ethanol liquid from storage. The hydrous ethanol is vaporized in a small recycle column. The regeneration, or purge, stream is returned to the recycle column for recovery of ethanol.
The energy consumption of the ethanol drying unit is minimized by an optimal design of heat recovery under consideration of feedstock and utility conditions.
Process principle
Molecular sieve dehydration employs an adsorption process using synthetic zeolite, a crystalline, highly porous material. The process is based on the principle that zeolite's affinity for water changes at different pressures. The water loading of the zeolite depends on the partial pressure of the water in the feed which can be influenced by altering the pressure.

TEG Dehydration Process | Gas Dehydration System
In the oil and gas manufacturing industry, plant operators constantly have to figure out how to remove contaminants and deliver the best purity products. A major undesirable contaminant associated with natural gas is water vapor. To eliminate unwanted moisture from recovered natural gas, industrial manufacturers utilize various gas dehydration methods, including triethylene glycol processes.
What Is a TEG Gas Dehydration Unit?
A triethylene glycol (TEG) gas dehydration system is a setup used to eliminate water vapor from newly recovered natural gas. This drying equipment utilizes liquid triethylene glycol as its dehydrating agent to pull out water from a stream of natural gas flowing over it. A major benefit of using a TEG dehydration unit is the ability to recycle the drying fluid multiple times before replacement.
Components of a Glycol Dehydration Unit
To properly conduct its function of drying natural gas, a glycol dehydration unit must possess some critical components.
These key parts of a glycol drying setup include:
☆ Inlet scrubbers
☆ Contact towers
☆ Reboilers
☆ Surge tanks
☆ Flash separator
While the first two components are crucial to natural gas drying, the latter three are primarily used to regenerate the glycol to aid further cycles of gas dehydration.

How Does a TEG Gas Dehydration Unit Work?
A TEG dehydration unit integrated natural gas drying phases with glycol regeneration processes. To begin with, natural gas mixed with water vapor is channeled through a feed gas inlet on the gas scrubber, eliminating free water associated with it. This removes most of the water suspended in the gas stream as well as particulate impurities and free hydrocarbons. However, the natural gas at this point is still considered “moist” and must undergo further drying.
Next, the gas is passed through connecting channels to a contact tower, where the final stage of drying occurs. A typical contact tower is made up of carefully arranged levels containing moisture-free or “lean” liquid glycol. Natural gas is typically introduced via an inlet at the bottom of the contact tower and rises through it while being in constant contact with glycol fluid at various levels. Any residual moisture within the gas is pulled out of it as it rises to the top of the column, where an outlet channel awaits to conduct the newly dried gas to storage tanks or other processing. While this occurs, the glycol solution contained within the contact tower becomes “rich” as it absorbs moisture necessitating its regeneration. While dry glycol is being fed into the process by one inlet, wet glycol is being removed via another outlet and channeled to a regeneration process.
The process of reformulating lean glycol begins when “wet” glycol is channeled into a three-stage flash separator which removed accumulated water vapor, particulate impurities, and oils. These contaminants are channeled to storage tanks for later discharge impurity-free glycol is moved to a reboiler unit.
The reboiler separates the absorbed water from the glycol by distillation. Water boils at 212oF, while the boiling point of glycol is 550oF. Ethylene glycol will begin to degrade at 404oF, so most operators maintain their distillation processes between 212oF and 400oF. Any residual water within the glycol is eliminated as steam, and the “lean” or dry glycol is now ready to be returned to the contact tower for further natural gas dehydration cycles.

Reasons to Remove Water Vapor from Natural Gas
The retention of water vapor within natural gas is associated with disruptions to both manufacturing equipment and the quality of the gas itself. The significant reasons for gas dehydration are outlined below:
☆ Retained moisture will cause rapid corrosion of gas transport pipelines and storage vessels. Gas dehydration prevents oxidative reactions between water and metal pipes.
☆ Prevention of hydrate formation minimizing the chances of pipeline plugging and/or erosion
☆ Elimination of impurities that might alter gas quality supplied to various associated processes
☆ Removal of water vapor from natural gas improves its heating value, making it a more efficient form of energy in thermal processes
☆ The removal of moisture from natural gas channeled through transport pipelines also prevents the formation of slugs that cause vibrational and mechanical strains resulting in their rapid wear and breakdown
Natural Gas Dehydration Process
Natural gas dehydration can be achieved by various processes, including the following:
☆ Triethylene glycol (TEG) dehydration
☆ Adsorption using solid sorbents
While both methods can be used to effectively dry natural gas, they differ in the materials and techniques used to achieve dehydration. TEG dehydration utilizes a liquid medium (triethylene glycol) to pull moisture out of recovered natural gas, whereas adsorption uses solid desiccant materials to eliminate moisture associated with produced gas.

Write your message here and send it to us